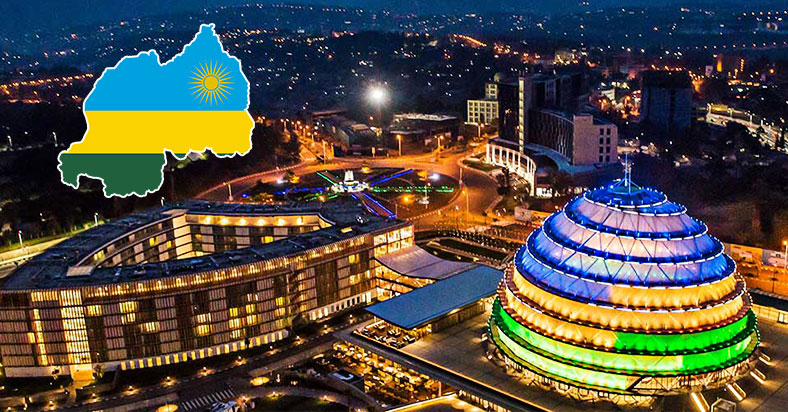 There are not many countries that can mimic the economic miracles that tiger economies like Singapore and South Korea had shown to the world, particularly the former. When most nations’ growth is based on their ability to produce goods off of naturally-existing resources, Singapore is severely handicapped as a tiny state with its extremely finite resources, with the exception of one—its people, which is arguably and truly a nation’s most valuable resource.

Kigali, the largest and capital city of Rwanda in Africa seeks to follow on that idea—a notion that even small countries could be prosperous, more so than their larger neighbors. With a land size that littles in comparison to most of its neighboring countries and a positive economic growth, the country of Rwanda may indeed be on the path to becoming an economic powerhouse with Singapore as its archetype.

But can Kigali, the country’s cultural, economic, and transport hub, live up to the label of being “Africa’s Singapore?”

Although there are plenty of contradictions which defy Kigali’s potential to becoming a “tiger economy” in the African continent, such as the country’s landlocked location in the map, lowered number of educated people as well as the reduction of those belonging in the middle class resulting from genocide in 1994, this African country has the right characteristics to impose its own transformation from within.

When most of Rwanda’s neighbors are notorious for the level of corruption in their government, this tiny country is setting itself as an example of good governance. With the “rule of law” as its weapon, no other country in Africa has fought corruption so hard as Rwanda as to put its crooked politicians in jail. The image of Rwanda in the global scene is such, an international watchdog Transparency International puts the country in a better position than the Italy and Greece in terms of the issue with graft.

Doing business in Rwanda appears to be auspicious among entrepreneurs, too, as highlighted by the fact that red-taping is less of an issue in the country, putting itself in the 45th spot based on the World Bank’s index of the ease of doing business. As a result, opening a business in Rwanda is relatively fast—that is, max of 3 days—and is also dirt cheap as well.

But, of course, miracles such as this do not just happen if absent with the right leader who oversees the goings-on in his own country. In the case of Rwanda, this is thanks to the genius and greatness its current president, Paul Kagame.

Kagame’s rise to politics, however, is well-earned. Not only was he the person responsible for offsetting the case of genocide that was happening in his country in 1994, he is also well-verse in the way economics work which he was keen in maintaining stability through enrichment. With the current president of Rwanda at the helm, the average income in the country has doubled since 1994.

So, back to the original point of this topic which begs the answer to the question, “Can Kigali really be Africa’s Singapore?”

Given how things are going in the country, yes, likely.