In a recent video post in Twitter and Instagram, Floyd Mayweather And Manny Pacquiao seems to be hyped in a conversation about a rematch. Mayweather is seen shouting “December!” and also said “I’m coming back in December”.

There is no clarity yet if this is going to be a real fight or just a tease talk between the two boxers who met at a music festival in Tokyo. No official documents shown to the public yet about their fight or any dates mentioned. But at Mayweather’s Instagram video, he captions his post with “I’m coming back to fight Manny Pacquiao this year another 9 figure pay day on the way.” and Pacquiao is seen saying “I have the belt.”

I’m coming back to fight Manny Pacquiao this year. Another 9 figure pay day on the way @mayweatherpromotions

The two brilliant boxers first dueled in May 2015, with their event being dubbed as “The Fight of the Century” and Mayweather coming out as the winner via unanimous decision. 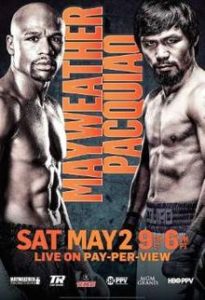 Khabib After Brawl: “This is not trash-talking sport”