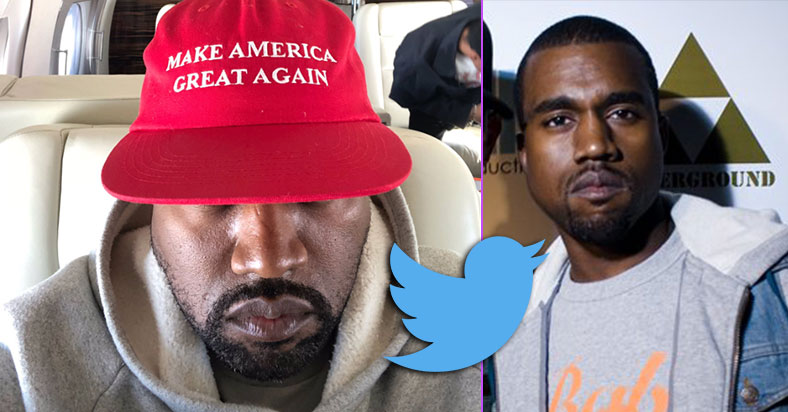 Kanye West once again drew flak on Twitter as he tweets a call to abolish the US constitution’s 13th amendment, the amendment that abolished slavery in the US.

this represents good and America becoming whole again.  We will no longer outsource to other countries. We build factories here in America and create jobs.  We will provide jobs for all who are free from prisons as we abolish the 13th amendment. Message sent with love pic.twitter.com/a15WqI8zgu

He calls it “slavery in disguise” and then later followed up on another tweet “not abolish but. let’s amend the 13th amendment”

not abolish but. let’s amend the 13th amendment

We apply everyone’s opinions to our platform

Section 1. Neither slavery nor involuntary servitude, except as a punishment for crime whereof the party shall have been duly convicted, shall exist within the United States, or any place subject to their jurisdiction.

Section 2. Congress shall have power to enforce this article by appropriate legislation

People have always believed that it was the 13th amendment that abolished slavery in America. But Section 1 clearly dictates that it is still allowable as punishment to convicted people. Therefore “abolished” isn’t really the proper term for the status of slavery, it’s more like “reserved for the convicted”.

Since majority of convicted criminals in America are of African-American ethnicity, Kanye believes his fellow black Americans are very much vulnerable to this abuse. He also sees Democrat policies having co-relations in the incarcerations of black people, deeming these policies as cunning and degrading to the black community.

Kanye West is known to be an advocate for self-reliance and personal responsibility. He especially wants his fellow black Americans to stop relying on government assistance as he believes these may do more harm than good to them.

Many people think Kanye’s remarks is too insensitive and many of his fans have expressed their concerns about his statements.

Other celebrities have also shown their disapproval towards his recent tweet.

MAGA Hat Teen: What Really Happened, the Repercussions, and Lawsuits

Khabib After Brawl: “This is not trash-talking sport”