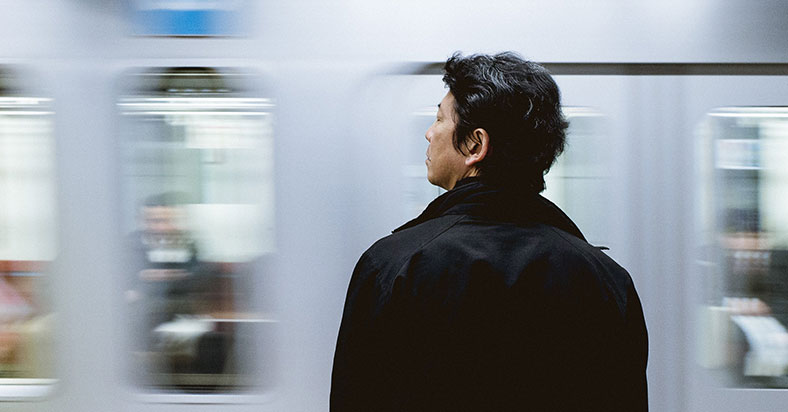 I’ve been seeing a lot of stories lately in the media about loneliness all over the world. On how it has become a sort of an epidemic where many, no matter the social status, are silently suffering with. According to a research titled In The Shadow of Happiness by Nordic Council of Ministers, even Nordic countries which are hailed as the “happiest countries in the world” now has growing numbers of people suffering from the consequences of loneliness.

But the one country that has baffled me the most with the gravity of this social matter is none other than Japan. Lonely Japanese people are experiencing the most extreme effects that I’ve ever heard of: suicides, hikikomoris, and lonely deaths. I’d like to share what I’ve found about their culture and how these three things became the end-product of a Japanese isolated life.

Japan still has one of the highest suicide rates in the world to the point that it has become a national social issue. The government has done a lot to put a curve on this and fortunately we have seen positive outcomes as rates dropped each year since 2013.

Majority of Japanese people practice Shintoism or Buddhism as their religion which does not restrict them to romanticize death in some way in their literature or in real life. This has paved a way for a ritualistic suicide they call “Seppuku” during the times of the Samurais. The practice even extended during World War II. Ultimately performed by the warrior to reduce shame for a heavy offense he has committed that has caused problems for his community. The significant keyword here is “shame”.

Japan has what we can call “shame culture” where a strong community and its orderliness is forged through the inculcation of shame and enforced with the threat of being ostracized by both family and society.  Seppuku might have been banned, but the cultural behavior of the Japanese individual to have heavy resentments towards what is considered shameful still remains. This, aligned with a depressed state of mind stemming from other problems, is still the most common reason for self-inflicted deaths in Japan.

It might be difficult to spot people who are suffering from this ordeal since Japanese people cope up with their adulthood through what they call honne and tatemae. Honne is one’s “true self”, a personality only shown either at home or before a person’s closest friends. Tatamae on the other hand is one’s façade to show proper conduct in public.

Majority of those who commit suicide are men. Japan being a male-dominated society, imposes difficult pressures on men to work hard, fit in,exceed expectations, and not cause any troubles to others (avoiding asking for help). It is quite culturally common in Japan for a salaryman to work 50-60 hours per week which deprives him of necessary leisure and possibly intimate human contact. Work-related or business-related depressions are so common that most suicide cases involves these accounts before the person shows efforts of isolating himself.

Part of the government’s and the private sector’s efforts to alleviate this is to force employees to take vacation leaves and ask employees to go home immediately after their 8-hour shifts.

According to Japan’s Ministry of Health, Labour and Welfare, a Hikikomori is someone who excessively isolates himself at home for at least six consecutive months, avoiding leaving his home and any human contact as much as possible. There is currently an estimated one million Hikikomoris in Japan with ages ranging from adolescence to middle-aged. They refuse to go to school or work and they lock themselves in their rooms at home and only coming out if needed. Perhaps only to bathe or eat. This is not because of laziness, rather this lifestyle is usually a product of a trauma and societal pressures.

This social phenomenon is believed to have eventuated around the late 90’s, affecting people who are mostly within the working group. People who are considered as Hikikomoris may be suffering with anxiety but it’s not the same as Agoraphobia, it’s more like a culture-bound syndrome.

Reasons for voluntarily exiling one’s self varies from the individual. Stories of being shamed or bullied at work, failing at business at the cost of clients or investors, or other traumatizing factors involving human relations are some of the common things which has stemmed out from cases.

Most cases of Hikikomoris share similar traits and outlook in life:

Unfortunately, there is also a growing stigma from the public’s perspective towards Hikikomoris. They are gradually being viewed as people who might be dangerous and prone to violence. The mass stabbing of a recluse (Iwasaki) in Kawasaki City is a sample of such triggering sentiment.

It is important to note that the reclusion of these Hikikomoris have significant effect to Japan’s economy since many are well educated, talented, bright, and are part of the working class. Hikikomoris are often taken cared for by relying on their parents for financial support. There are even cases of people on their 50’s who are being supplemented by their parents who are on their 80’s.

Early intervention is needed for those who are in this state. If left without help, cases can gradually worsen for years. Since it is not necessarily a mental health illness, but rather a cultural issue, there are no known easy way on how help can be provided. If a person voluntarily entered an isolated life, that person must also be willing to voluntarily exit it. That’s why some would argue that support groups that cater to the Hikikomoris might not be effective since it forces them to stick to certain schedules of group sessions and also force them to make unnatural interactions with other Hikikomoris and session facilitators. But some would also say that these sessions are helpful and are a good start since attendees are once again familiarizing themselves with day-to-day ordinary activities outside home. Which can ultimately pave a way for an ordinary life.

It is estimated that three people die alone in Japan every hour. Kodokushi, as it’s now called, is a phenomenon of people dying alone and remaining undiscovered for long periods of time. This phenomenon started to gain recognition during the 80’s and cases has increased every year since then with seniors being the primary subject of it.

It is known that Japan’s aging population is on the rise while birth rates are at an all time low. It’s even quite common to see adult diapers in stores more often than infant diapers.

According to the World Bank, life expectancy in Japan is high (83.93 years as of 2016) and still rising. For the individual, this can come with a price in a society that’s becoming more and more isolated with each other.

During the economic boom in the 60’s and 70’s, many people from the non-urban areas moved into the big cities for jobs. As time passed, they lost contact with relatives. Soon, the culture of having three generations under one household and supporting one another declined as new trends of lifestyles and policies become more economically favorable.

Many seniors of Japan enjoy the benefits of pensions but this has also become a reason for most youths to neglect on them and focus mainly on their own lives: The state takes care of the elderly as the youth takes care of the economy.

But one thing that the state can’t easily do for the elders is to look after them the way their own families should on a daily basis. To make matters worse, even the seniors themselves fail to socialize within their local communities. Thus, lacking the immediate helping-hands needed in cases of emergency.

Lone elders who are sickly can experience strokes, heart attack, or lethal accidents within the enclosures of their home. In an unfortunate case of death, their neighbors would be the first to know by the foul smell a corpse would produce, or by the increasing infestation of insects and rats. The neighbors would call their landlords to investigate it. Once the body is discovered, the matter would then be turned over to the police and home cleaners who specialize in cleaning corpse residues.

According to a 2014 report of the Japan Local Government Centre titled “Social Isolation and Local Government: The Japanese Experience“, local governments and organizations are trying to tackle this problem with community activities and neighborhood visits. They are also opening libraries to have other communal functions that can be beneficial for seniors.